As part of an eBay lot I purchased, I received an RF adapter for the Nintendo Entertainment System that wasn’t quite working. When connected to my TV, the picture quality was terrible (sadly, I didn’t take a picture of that). I looked up online what could be the problem with it, and found a few people saying that the problem was typically a break in the coaxial cable. As I have a bunch of old coax cables, I decided to replace it.

First, I opened up the case: 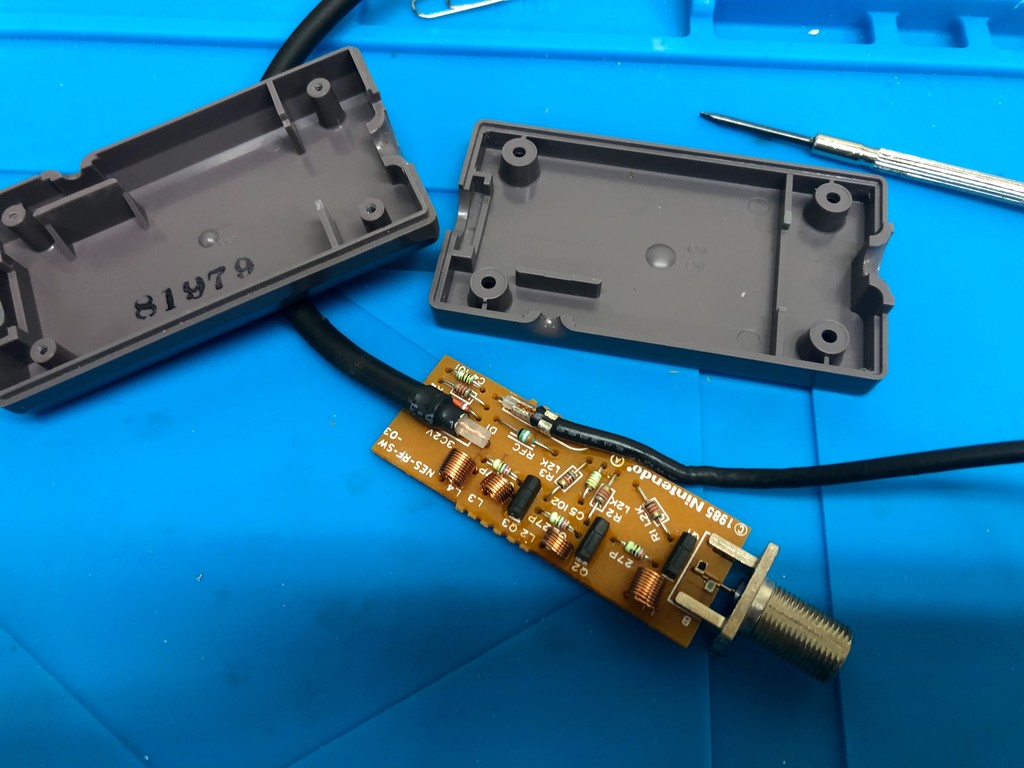 I cut across the rubber casing covering the base of the coax cable, which exposed metal brackets holding the cable in place: 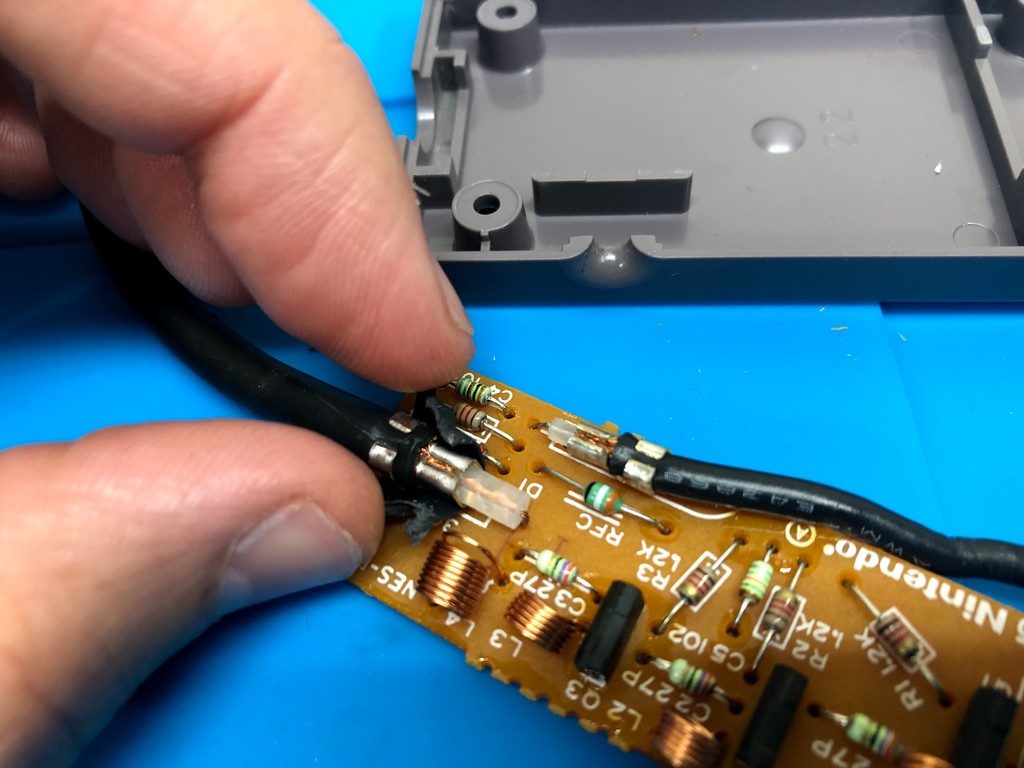 I pried open the metal brackets with a flathead screwdriver and pliers enough so that I could lift out the cable: 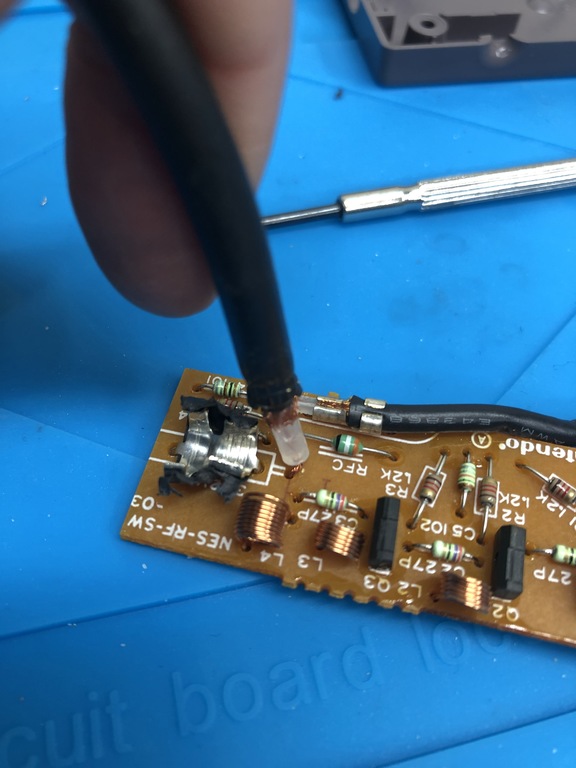 I mounted the board in my vice, and desoldered the cable from the board: 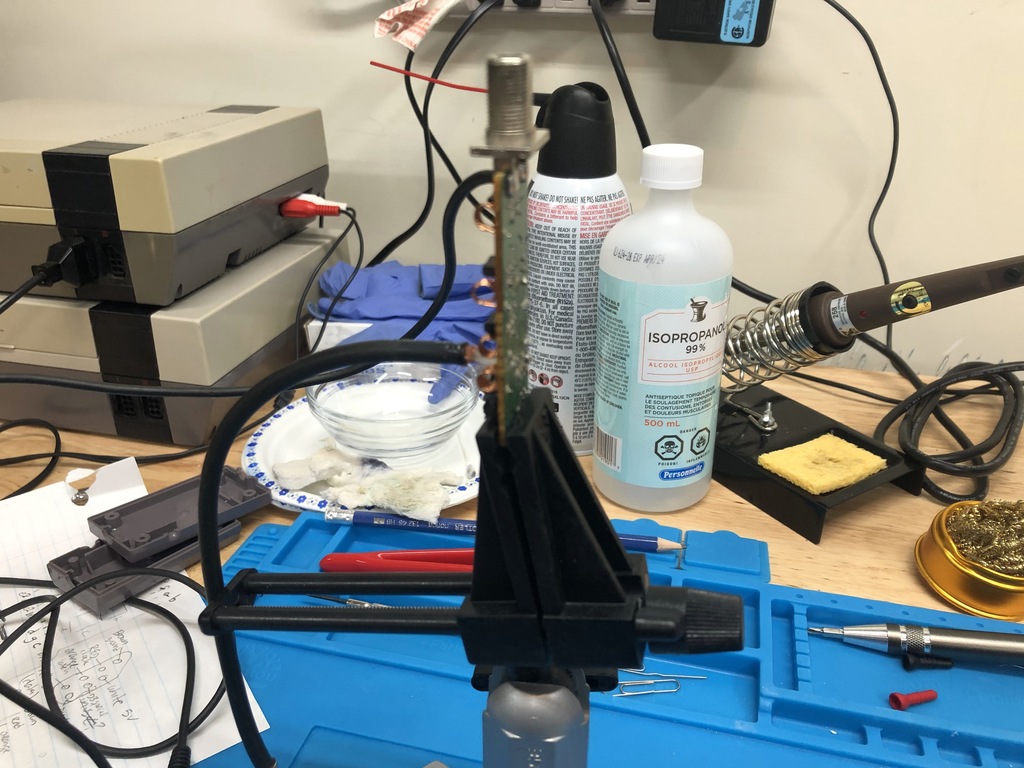 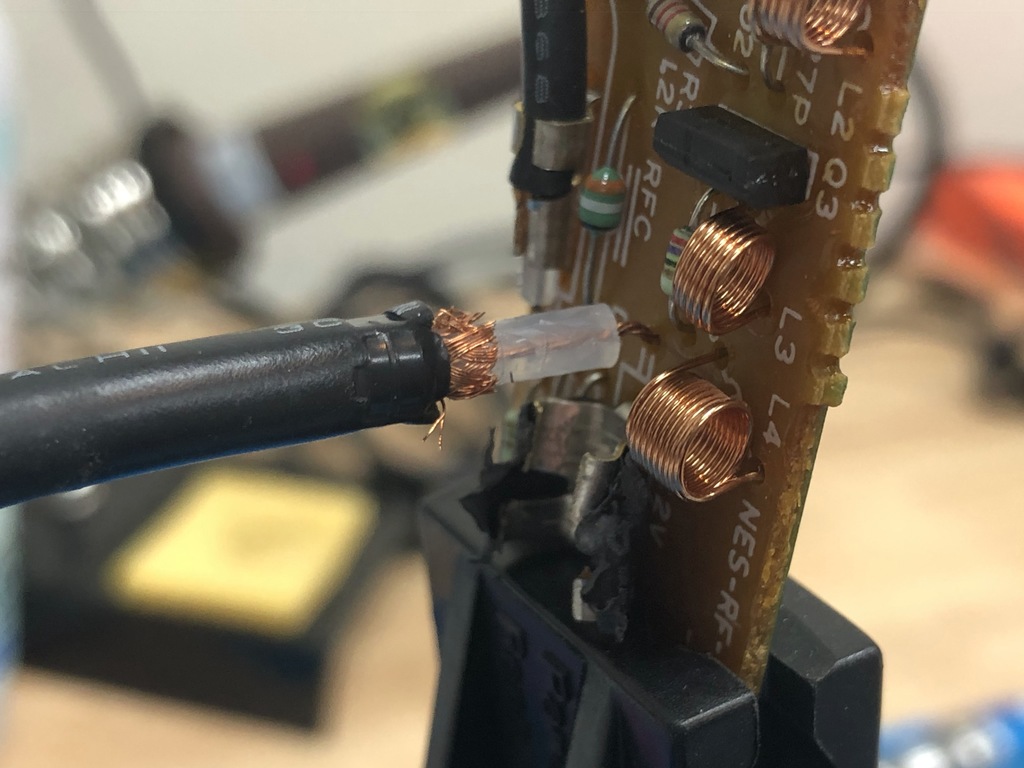 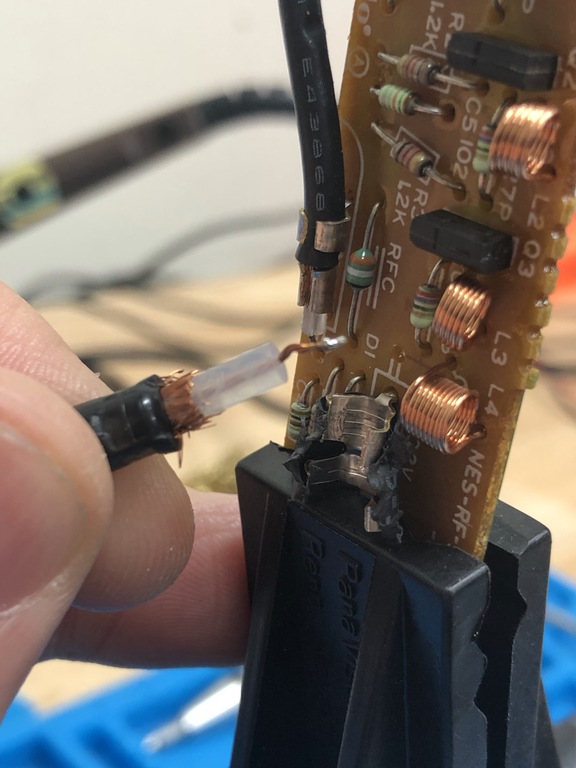 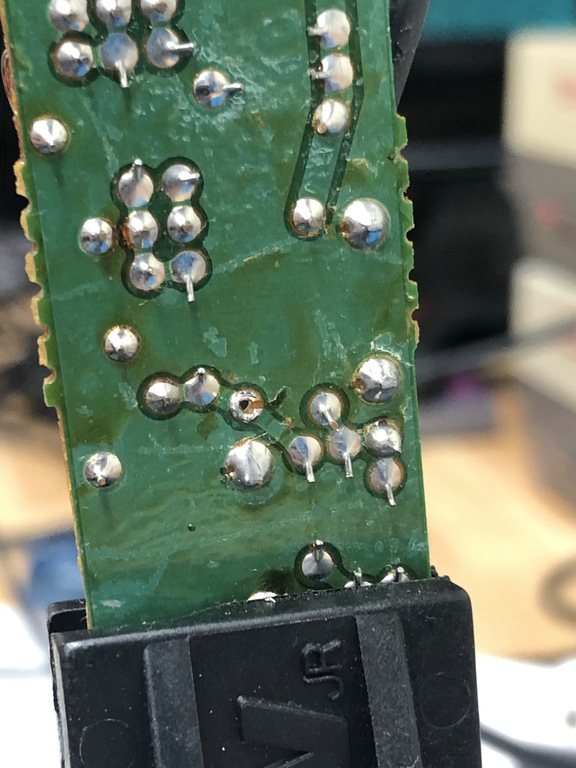 To replace the cable, I used one that has a solid copper core. I got this from my cable company years ago for my cable modem or TV set top box. These cables should last longer, but because the core is solid, you have to be careful when bending it to shape it. I broke the core twice before I managed to bend it properly. Anyway, I cut the cable and shaped it to match the one I had removed: 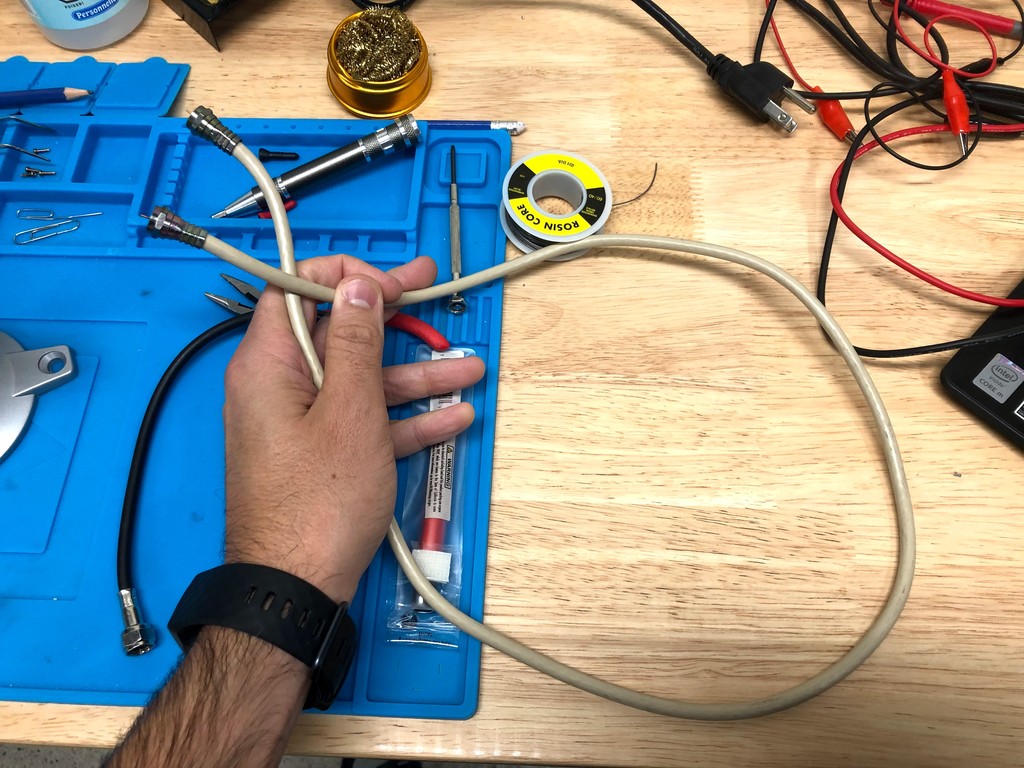 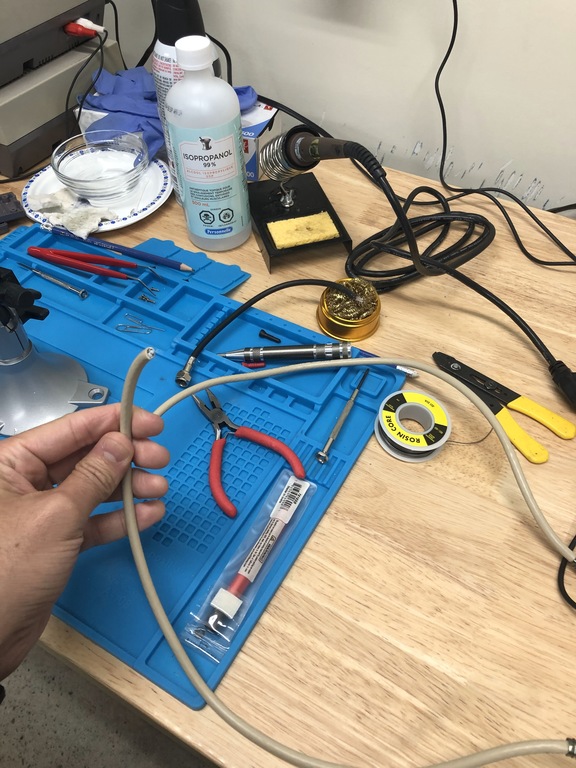 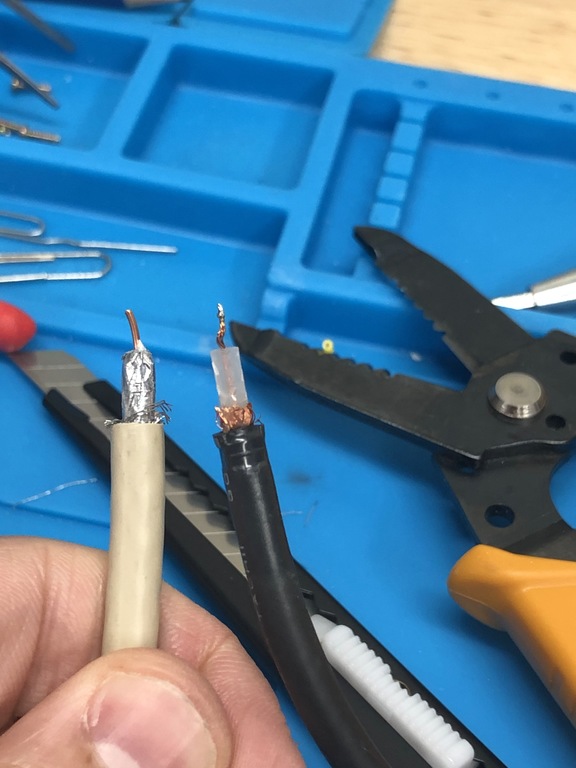 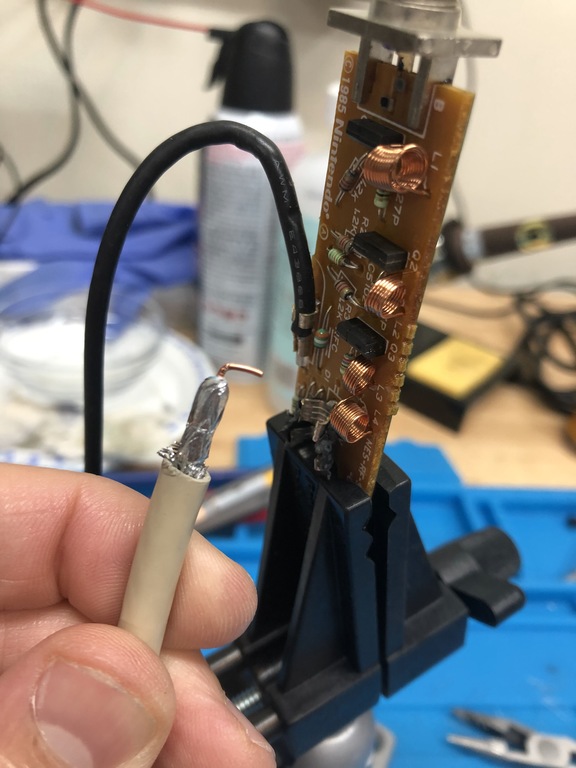 Now I simply placed the new cable where the old one had been on the board, carefully inserting the solid core into the through-hole: 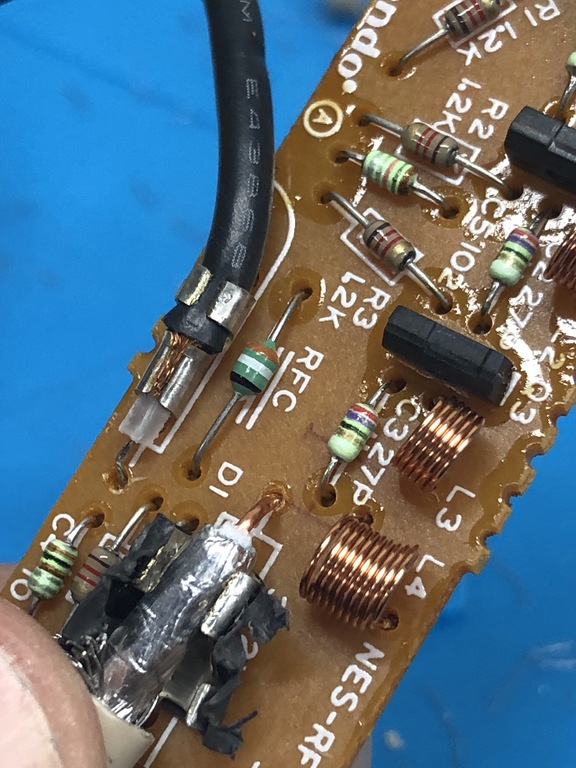 I closed up the metal clasps to hold the new cable in place again. Unfortunately, I didn’t take a picture of that.

Next, I soldered the core in place: 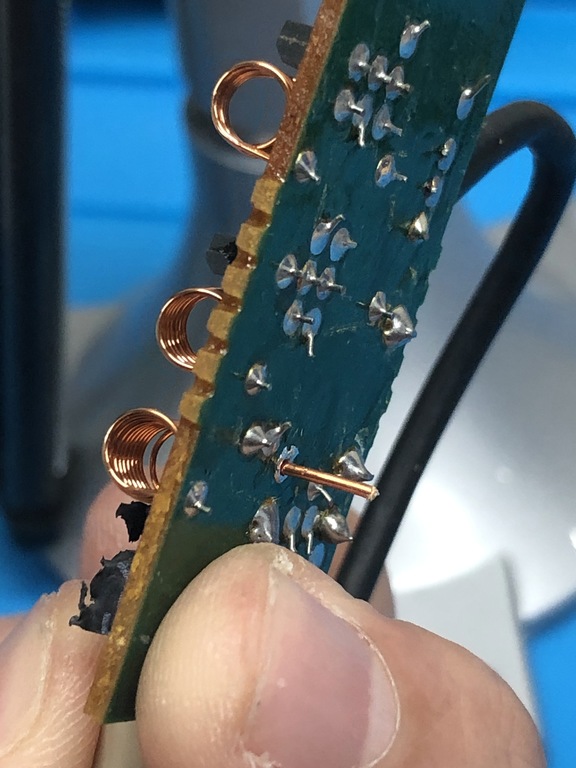 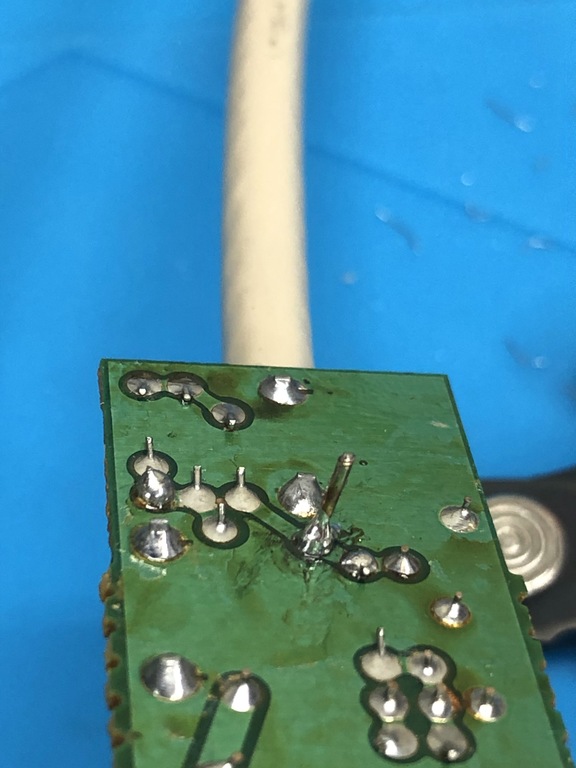 Finally, I put the board back in the case, and screwed it shut: 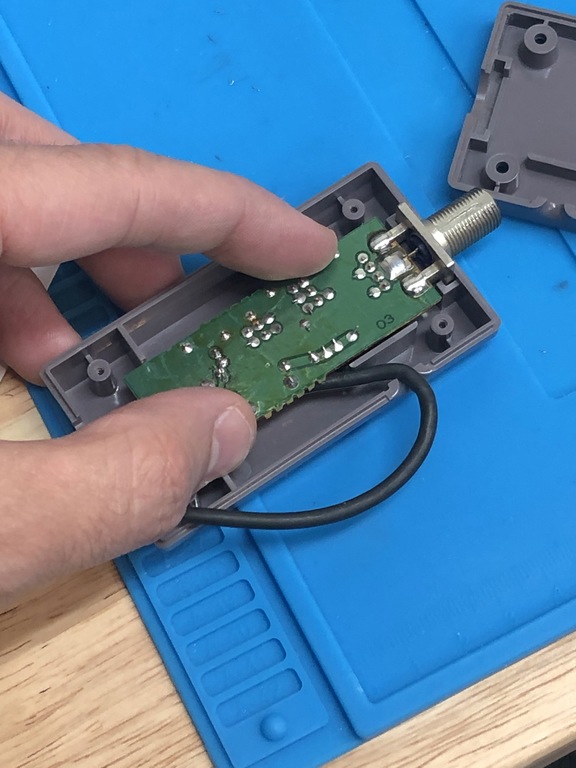 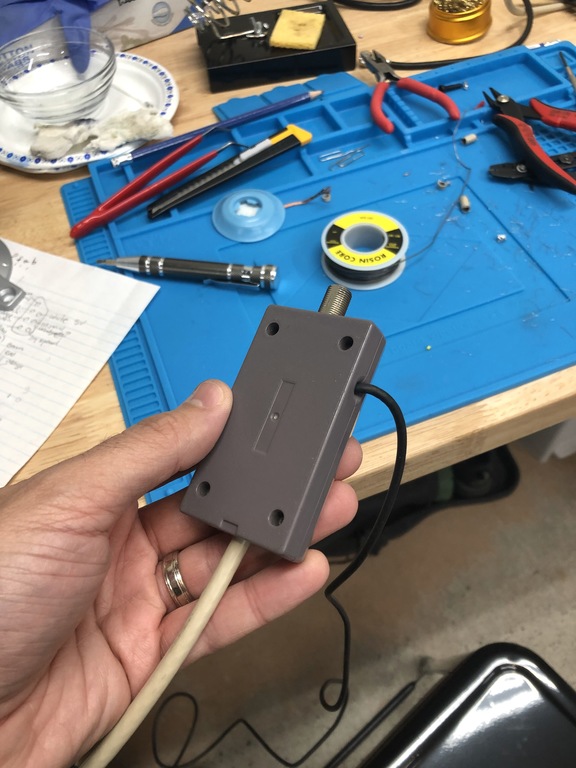 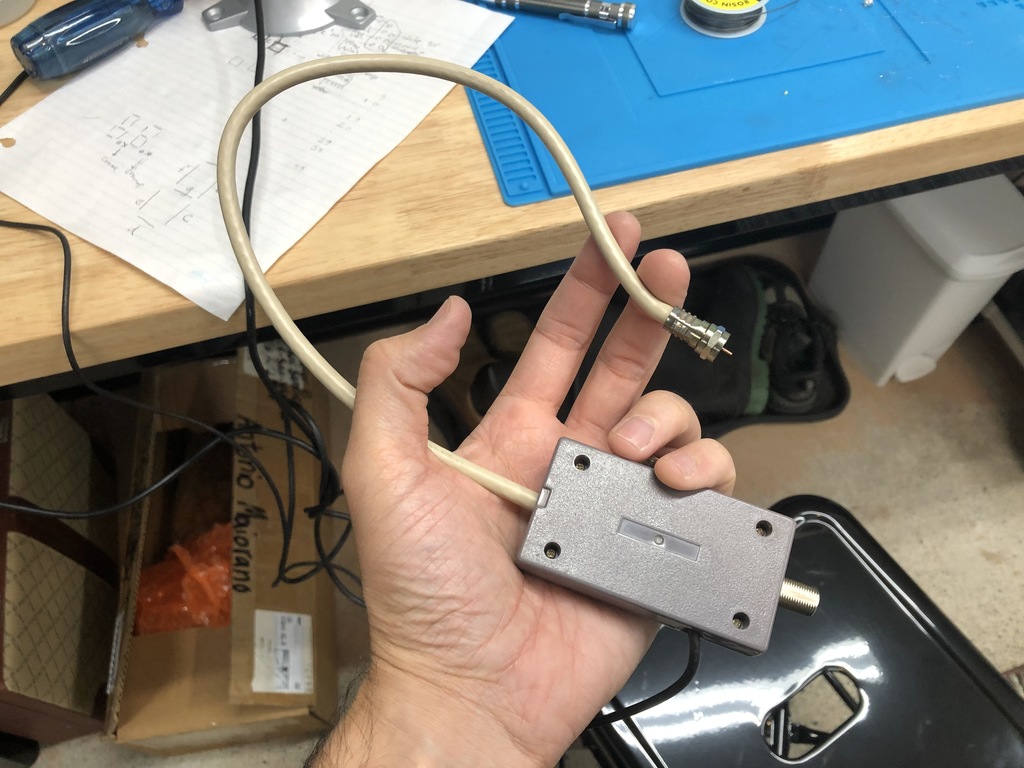 And with that, I now have a working RF adapter! I tested it, and it worked perfectly, producing a nice, clean picture.