One of the NES controllers I received in an eBay lot was defective. It seemed none of the buttons worked, except for the “A” button, which behaved like “Start”. At first, I thought maybe the contacts were dirty, as I had read online that this could happen sometimes. But after attempting to clean, and even sand the contacts on the board, I realized this wasn’t the issue. With a little more searching online, I learned that sometimes the shift register chip becomes faulty, and needs replacing. 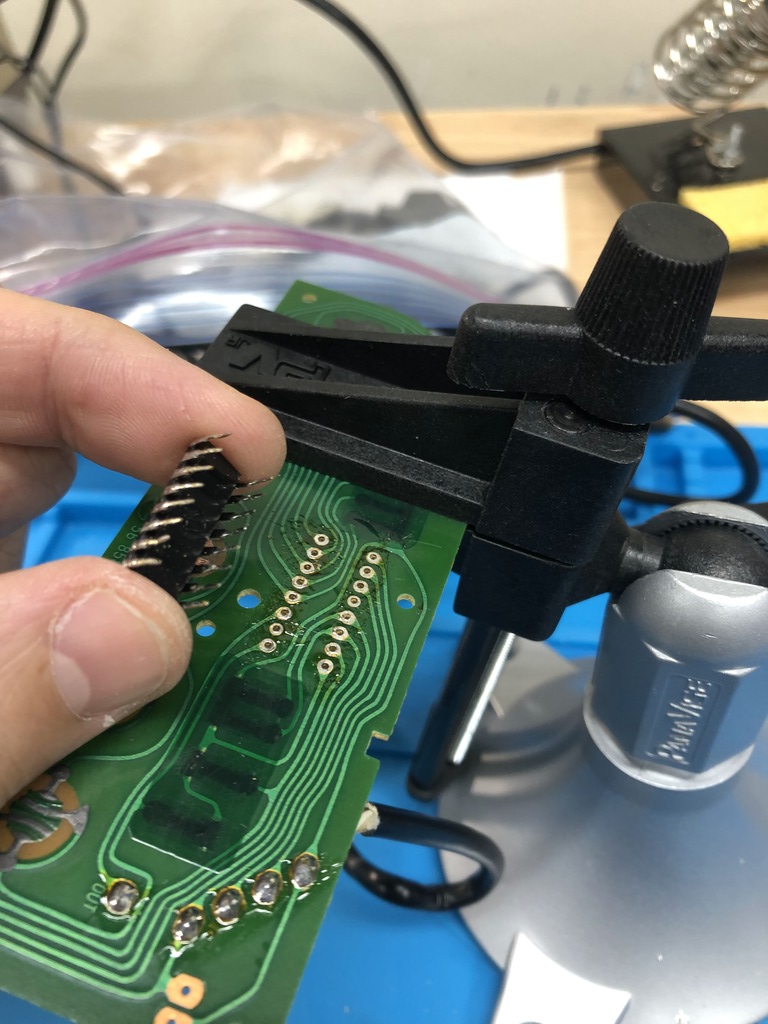 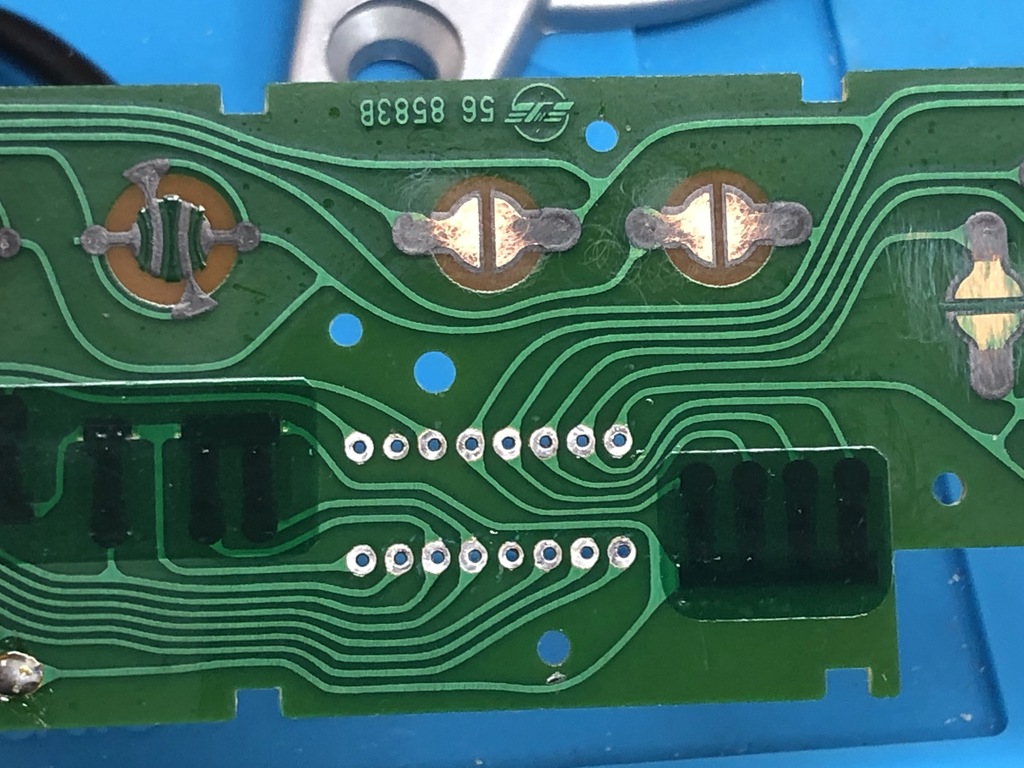 In the picture above, you can see where I had attempted to sand the contacts. I regret having done that, as I ended up removing the protective coating on them. It still worked in the end, but I may have reduced its lifetime.

Here’s the chip I removed and needed to replace: 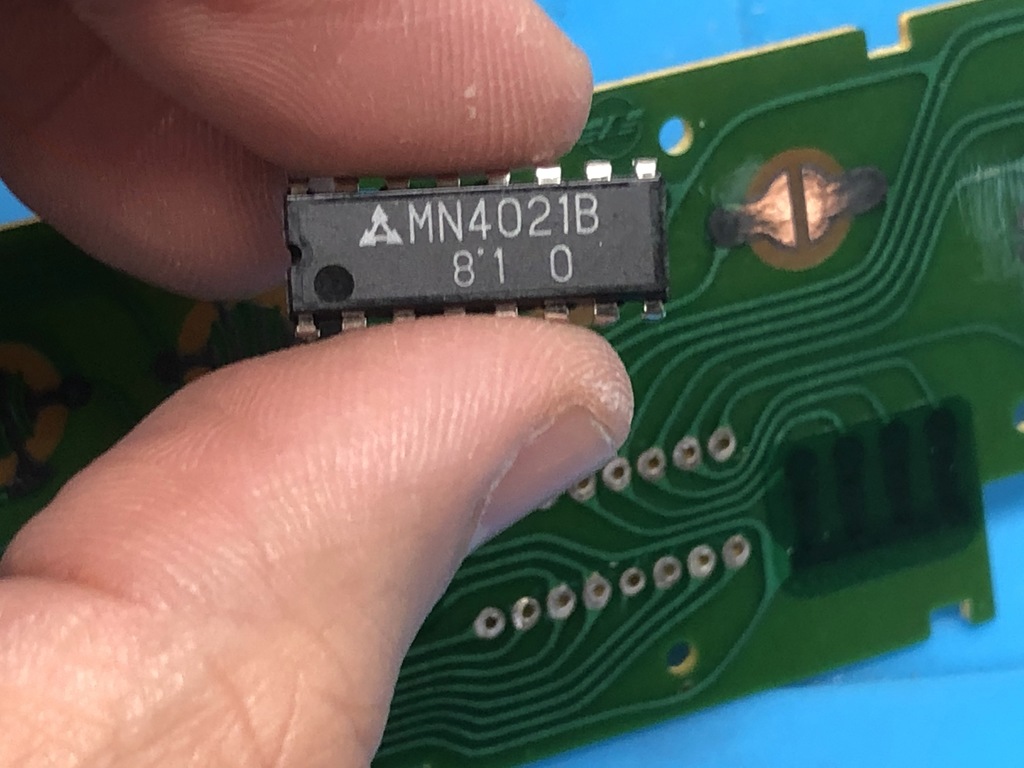 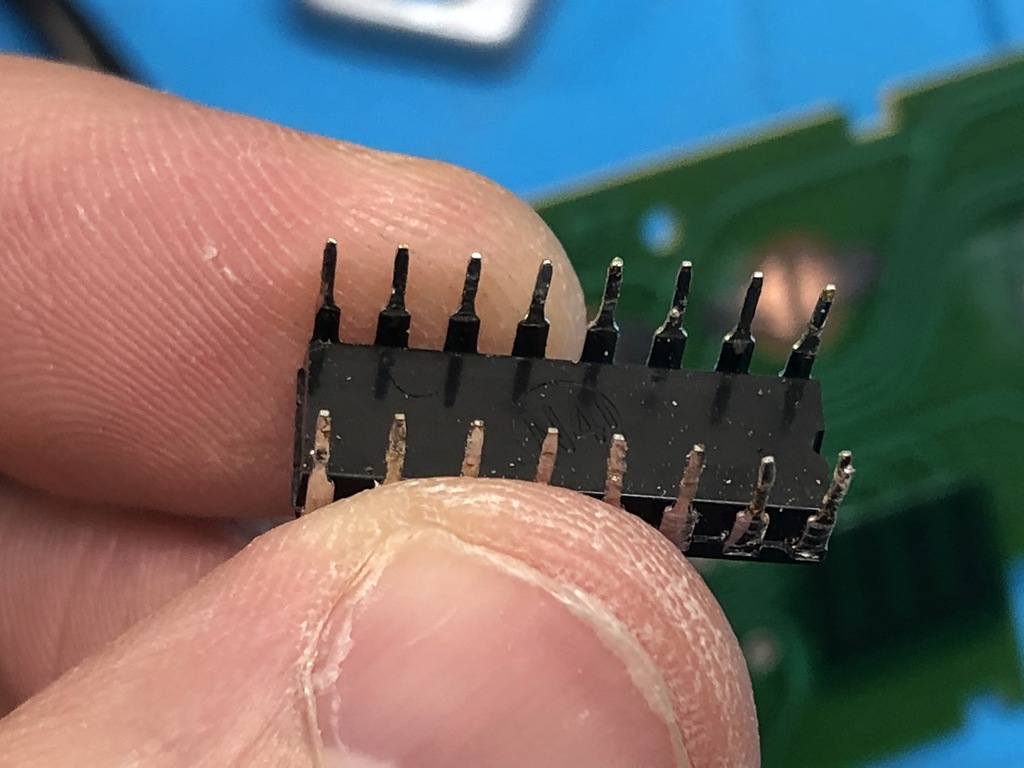 It took a good couple of months, but I finally received them: 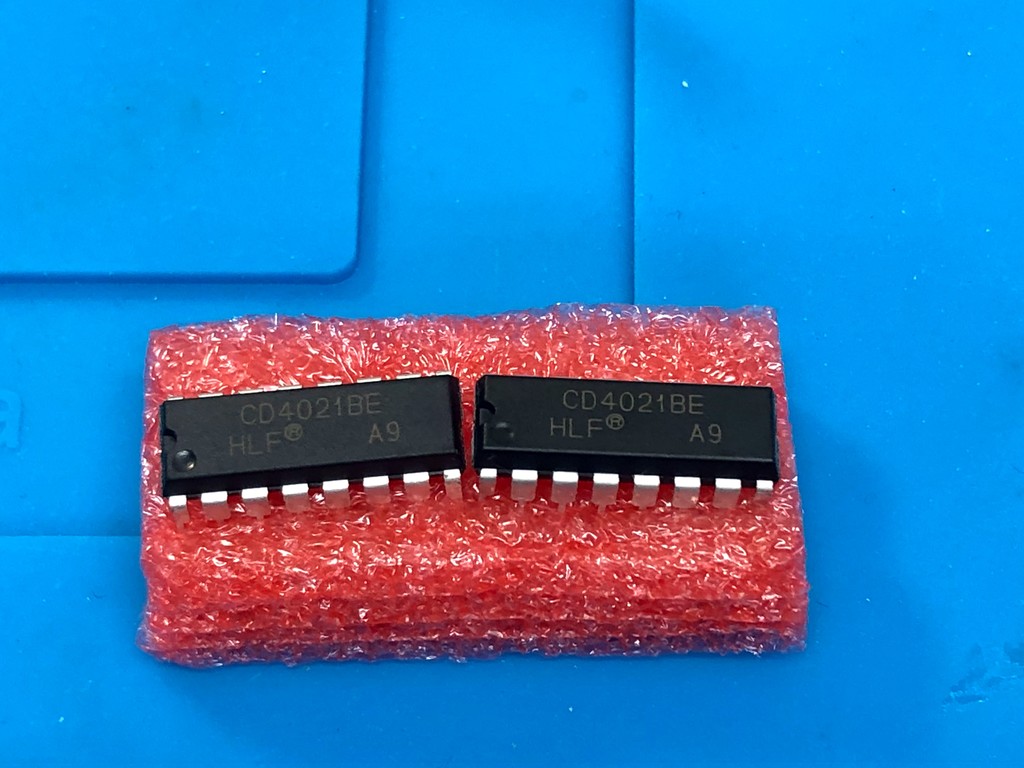 I popped it onto the board, and soldered it in place: 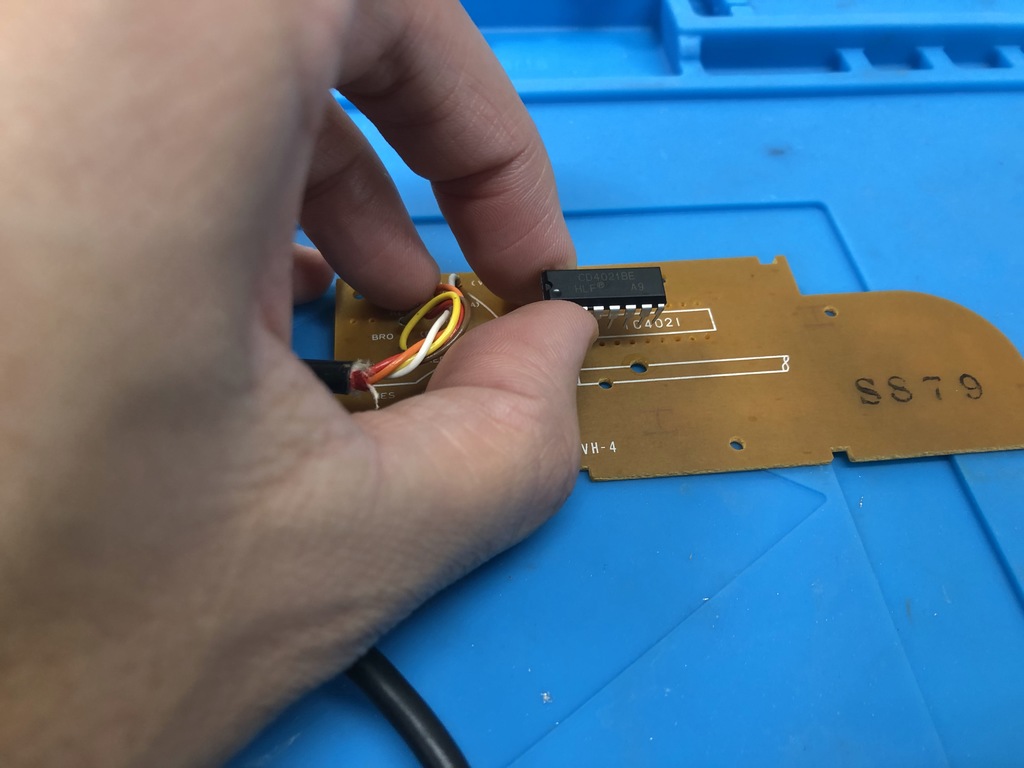 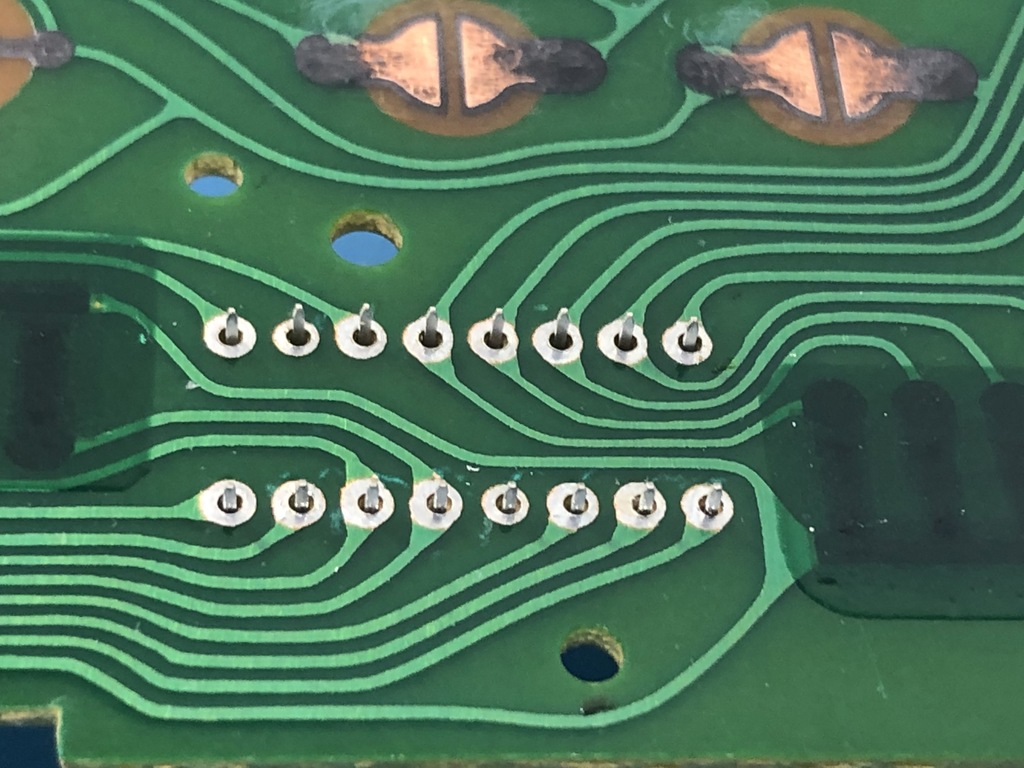 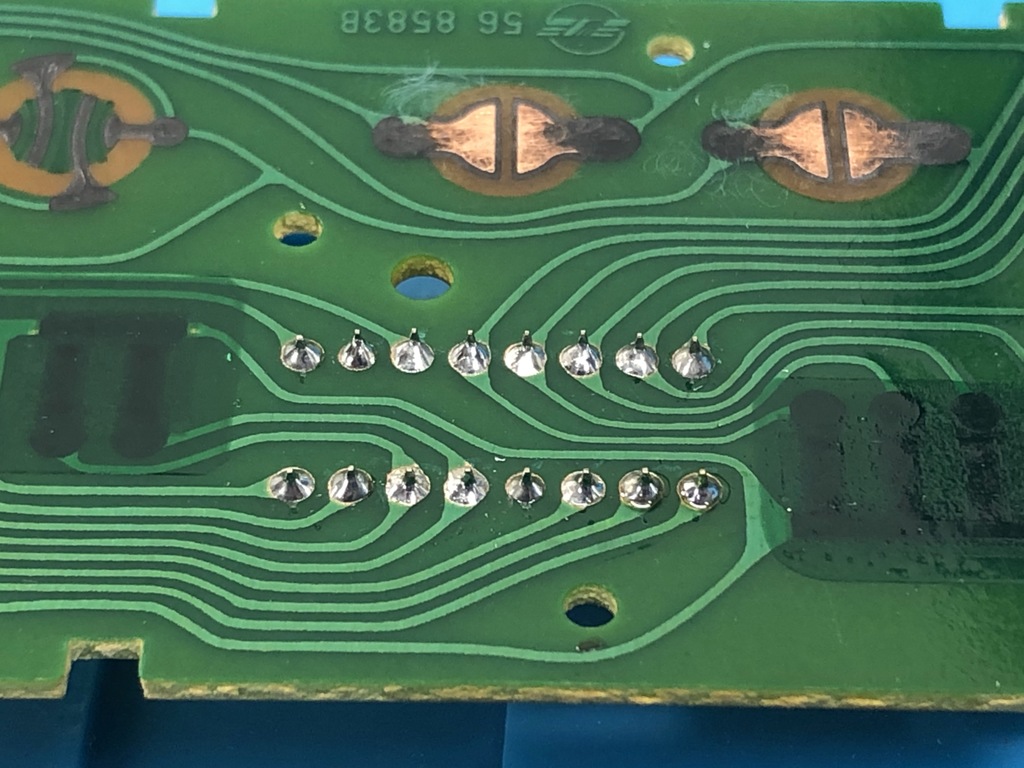 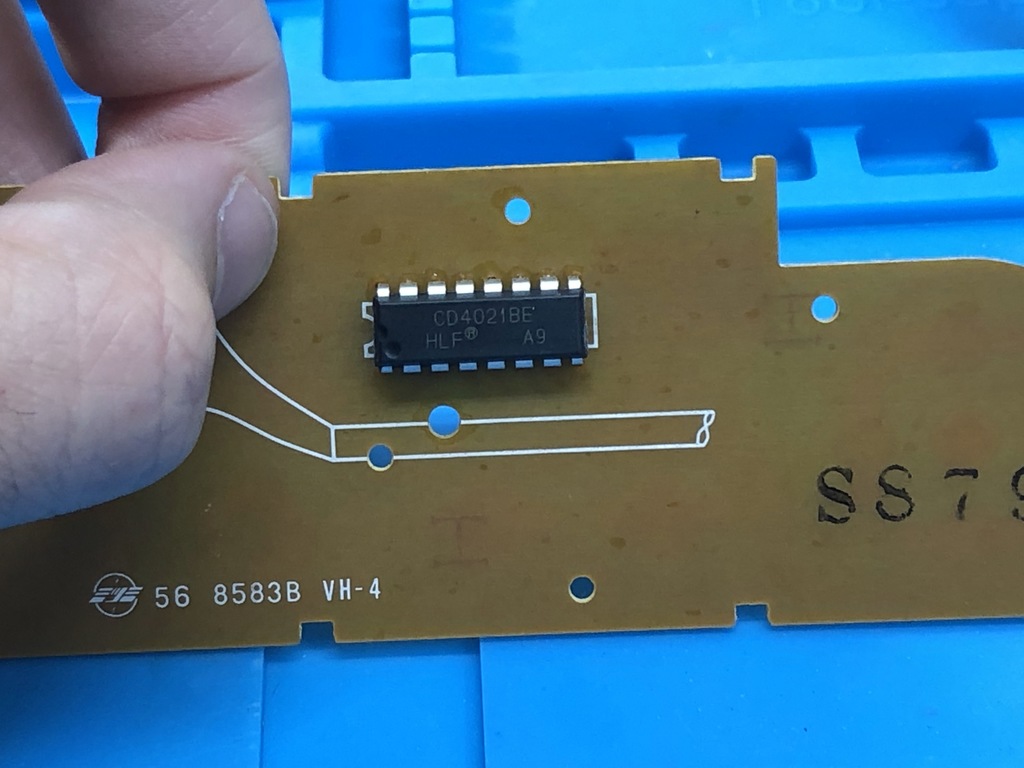 Then I put the controller back together, after giving everything a good cleaning: 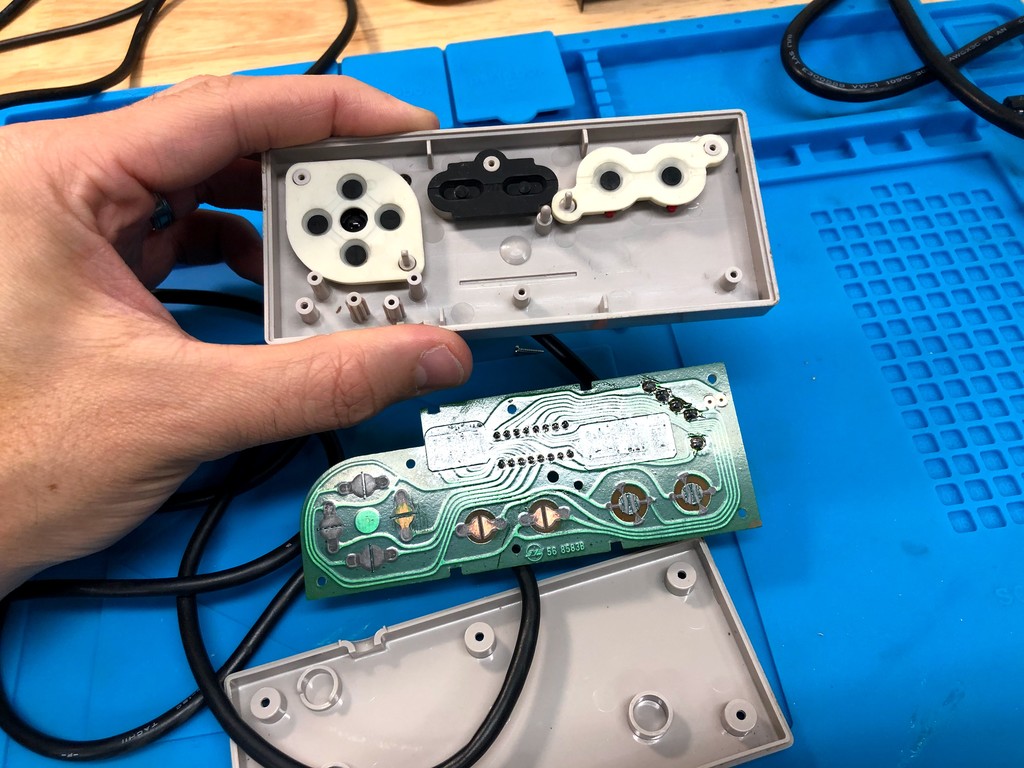 I made sure to thread the cable back into the strain relief: 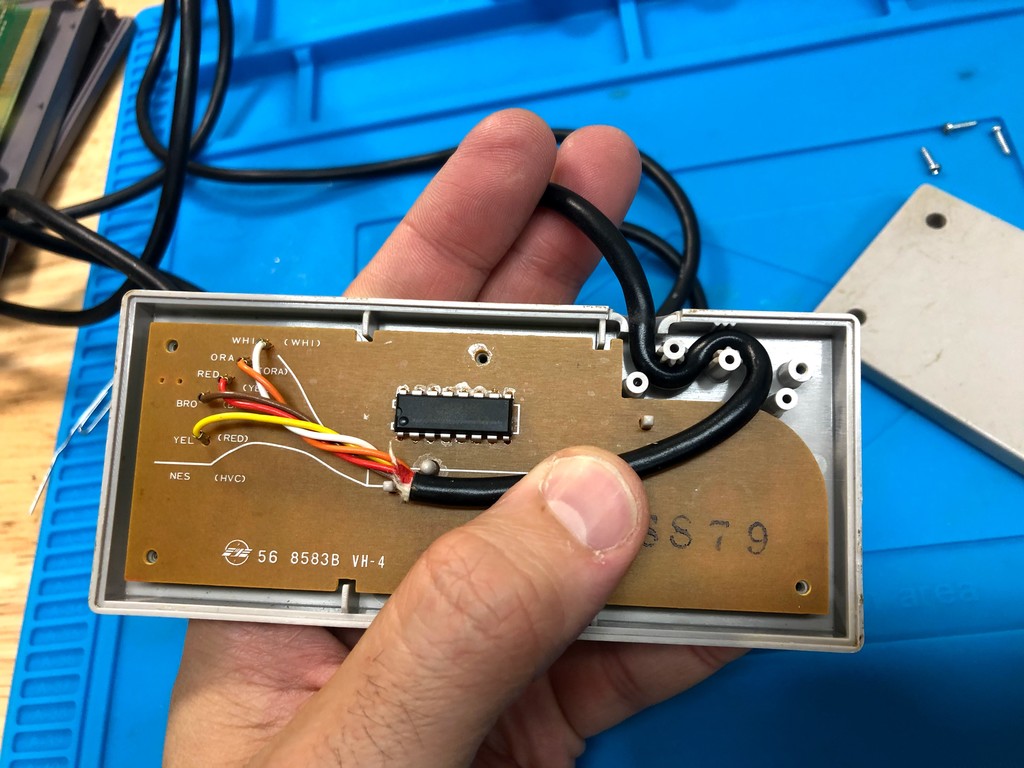 And closed it all up: 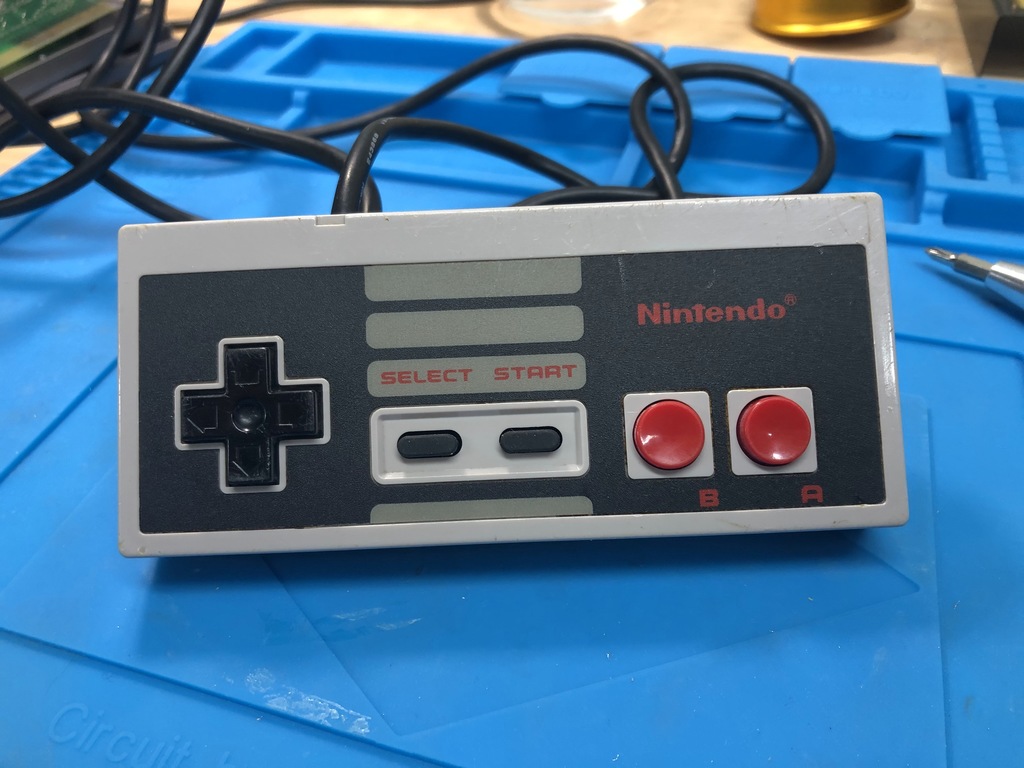 Gave it a test, and it worked perfectly: 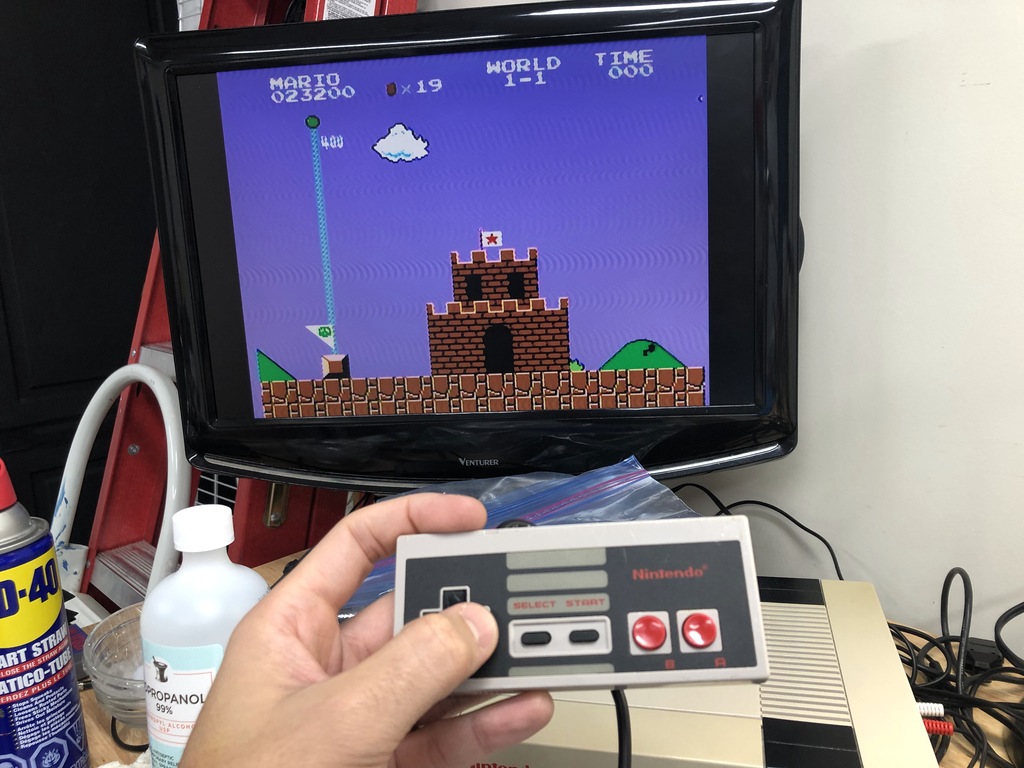 This was an easy fix, and very cheap. If you’ve got a controller that isn’t working, I’d definitely recommend trying to replace the shift register before chucking it in the garbage.