I bought a used but unmodified PlayStation 1 a couple years ago for about $20. Unlike many PS1s of the era, it didn’t have a modchip installed, so it wouldn’t play games burned to CDs. I looked around and found this very cool project called PsNee. What’s neat about this project is that you get to build your own modchip using an Arduino board, and the code that it runs is open-source!

So I bought a clone Arduino Pro Mini @8Mhz and an FT232RL driver to flash the Pro Mini and got to work.

First I took the PS1 apart and cleaned everything: 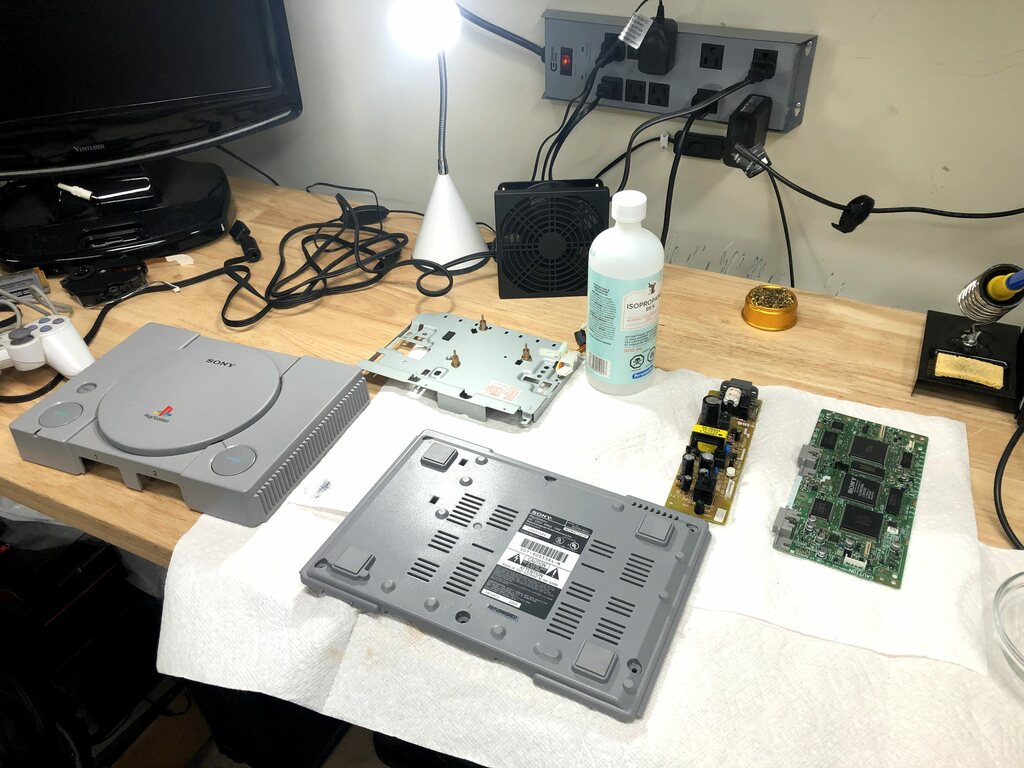 Then following the guide, I soldered two wires underneath the PCB: 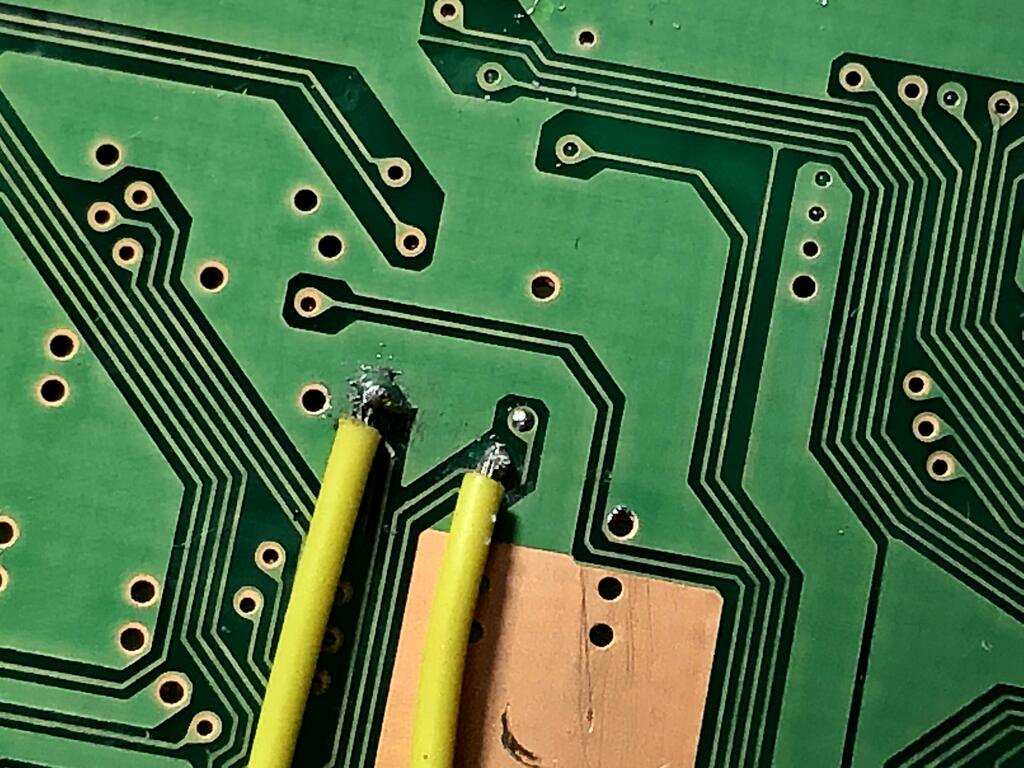 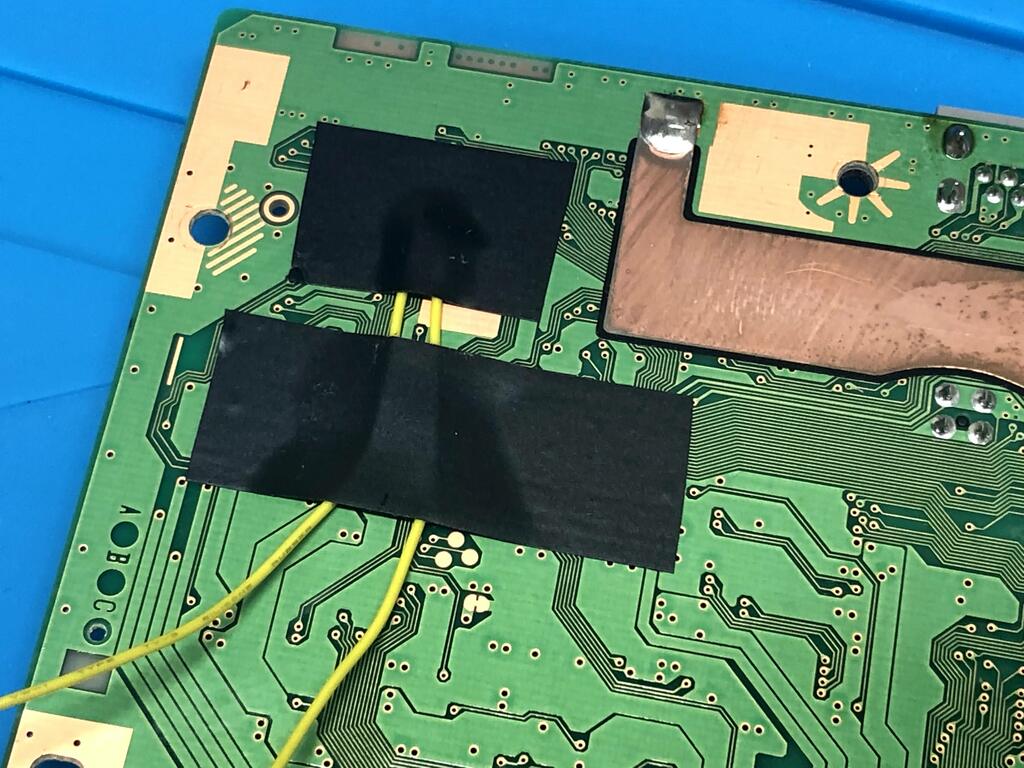 And four more on the top (this photo only shows three, I soldered the fourth one later): 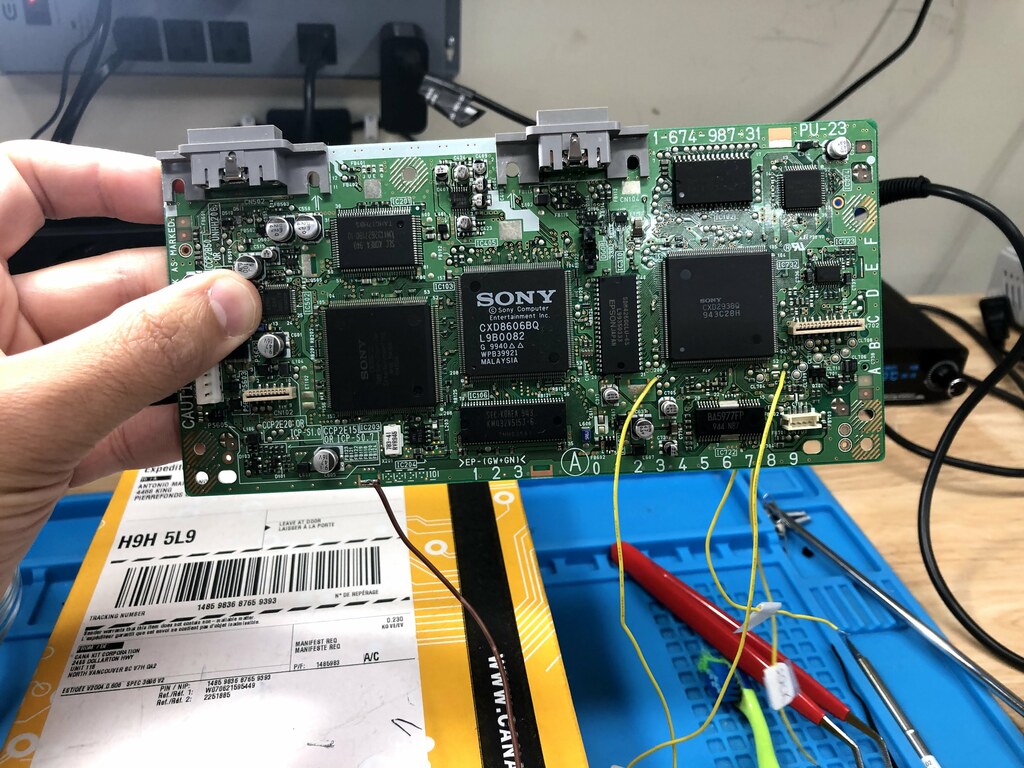 At this point, I decided to test everything using an Arduino Uno before flashing the mini, first with an authentic game disc: 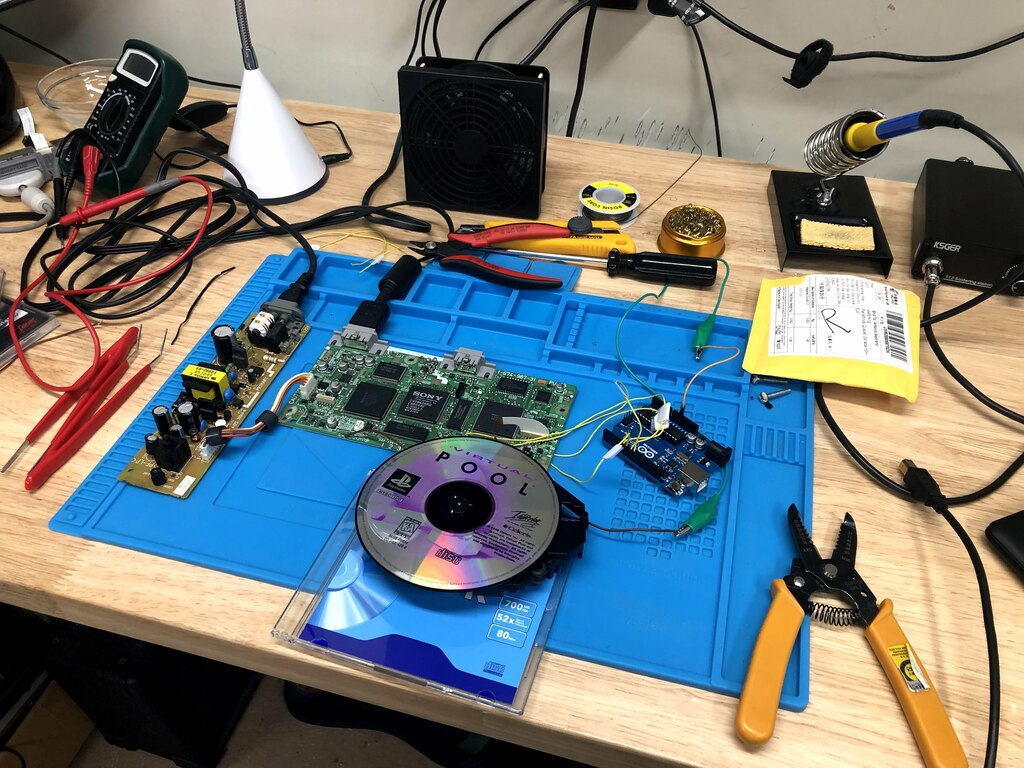 Then with a copied disc: 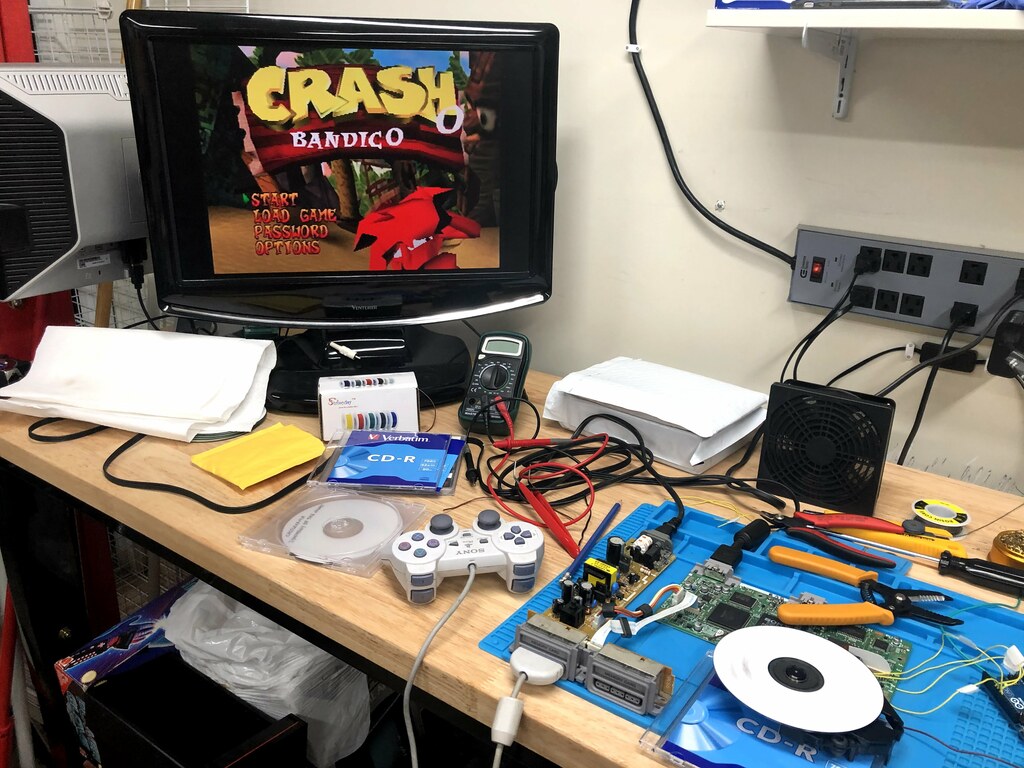 Success! Now it was time to configure the Pro Mini. I connected the pin headers and wires following this guide to upload the PsNee firmware to the ProMini: 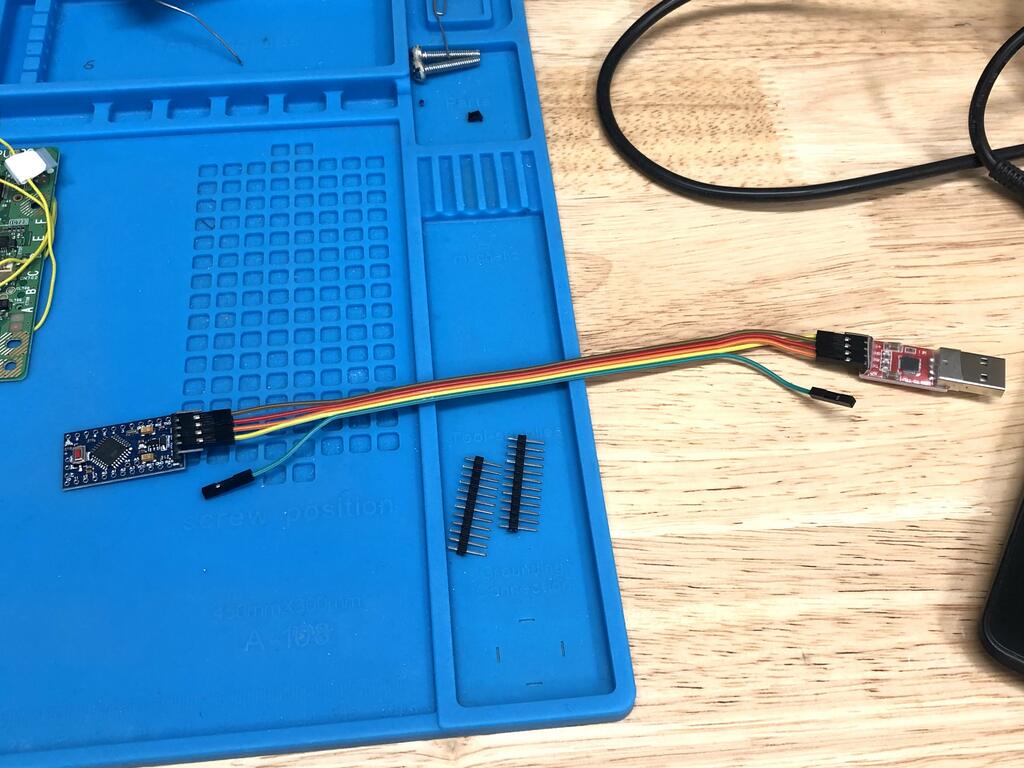 Then I soldered all six wires to the Pro Mini board: 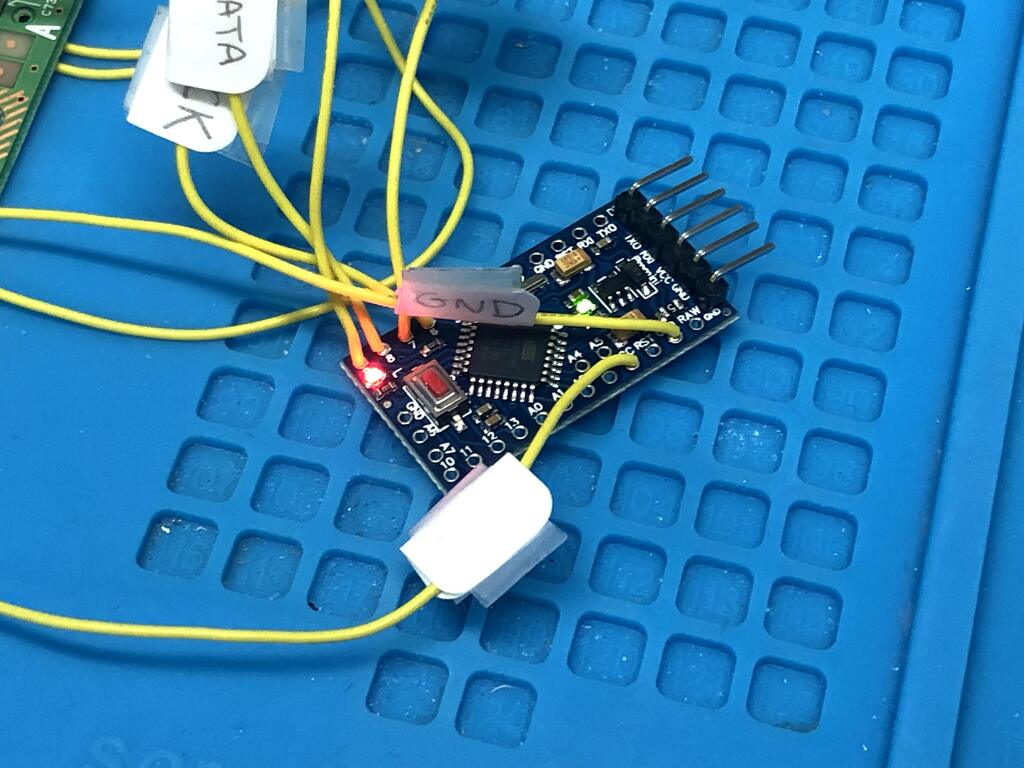 As I had the same colored wire, and this was my first time attempting this kind of project, I labeled each wire. In retrospect, this wasn’t really necessary. One more test, and it worked: 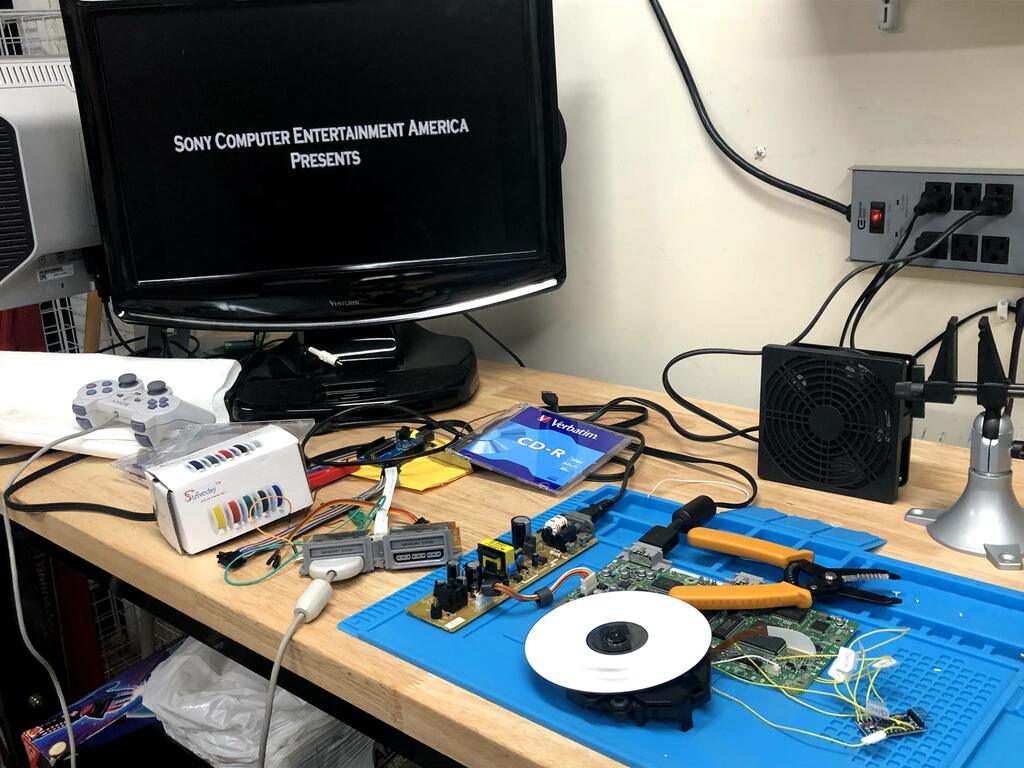 Now it was time to close up the console. I put the PCB back in the case, and used a twist tie to wrap up the wires: 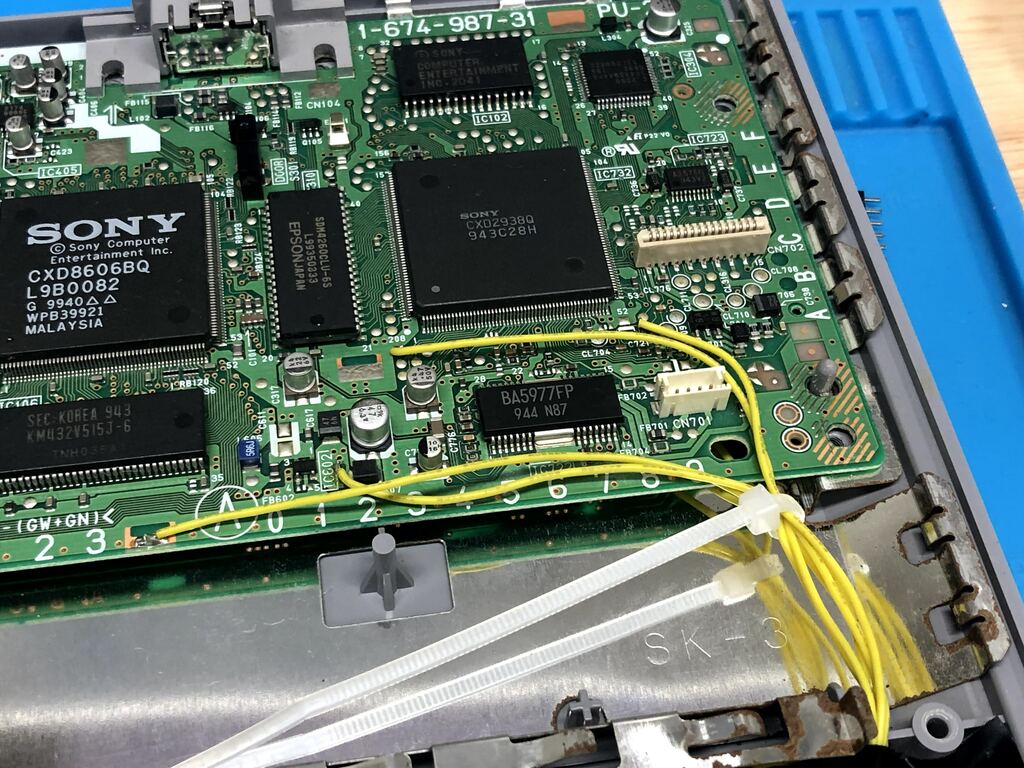 I put some wire tape over the board to avoid shorts and tucked the whole thing in the space at the front-right when facing the PS1: 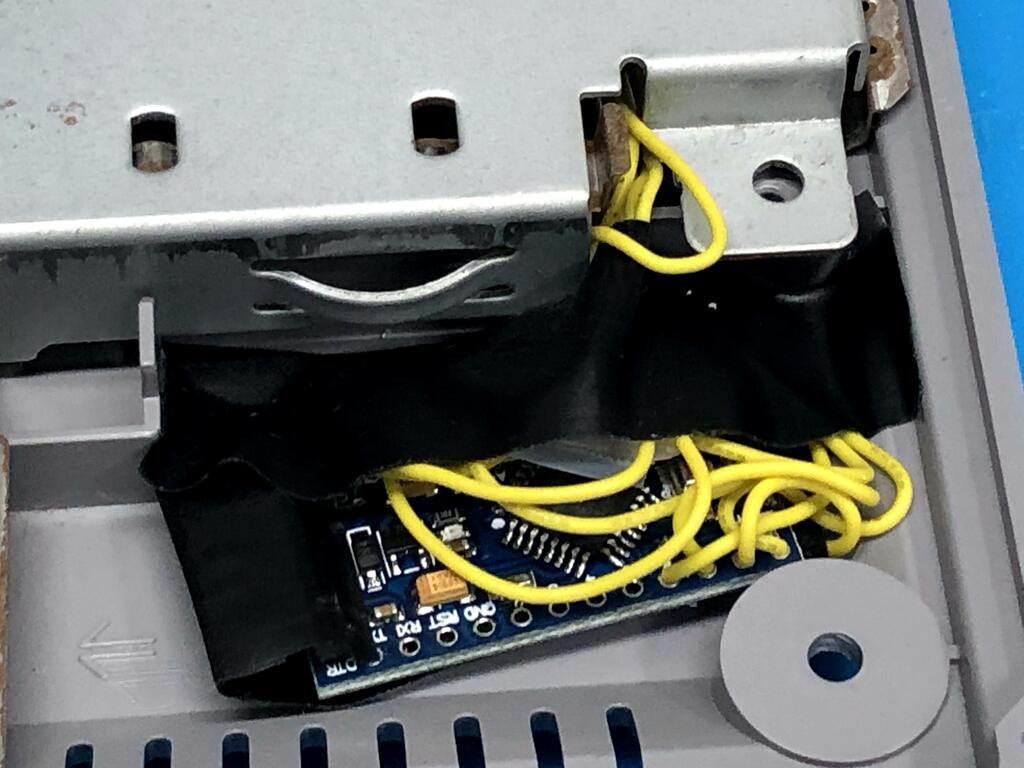 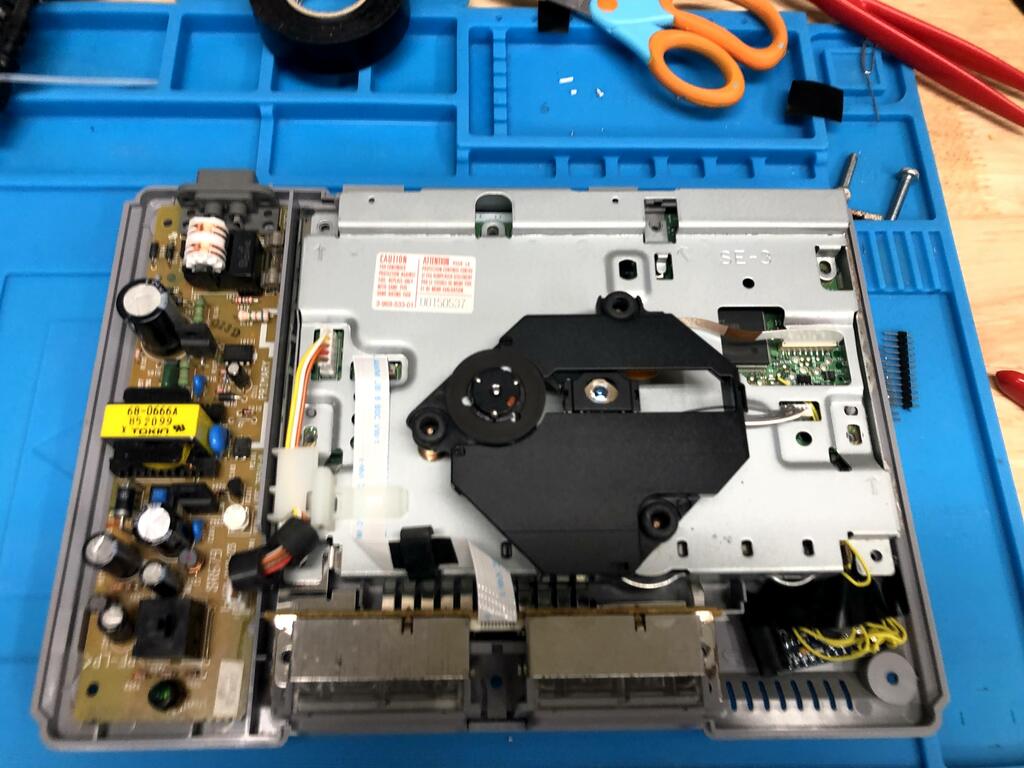 Closed up the console and one final test: 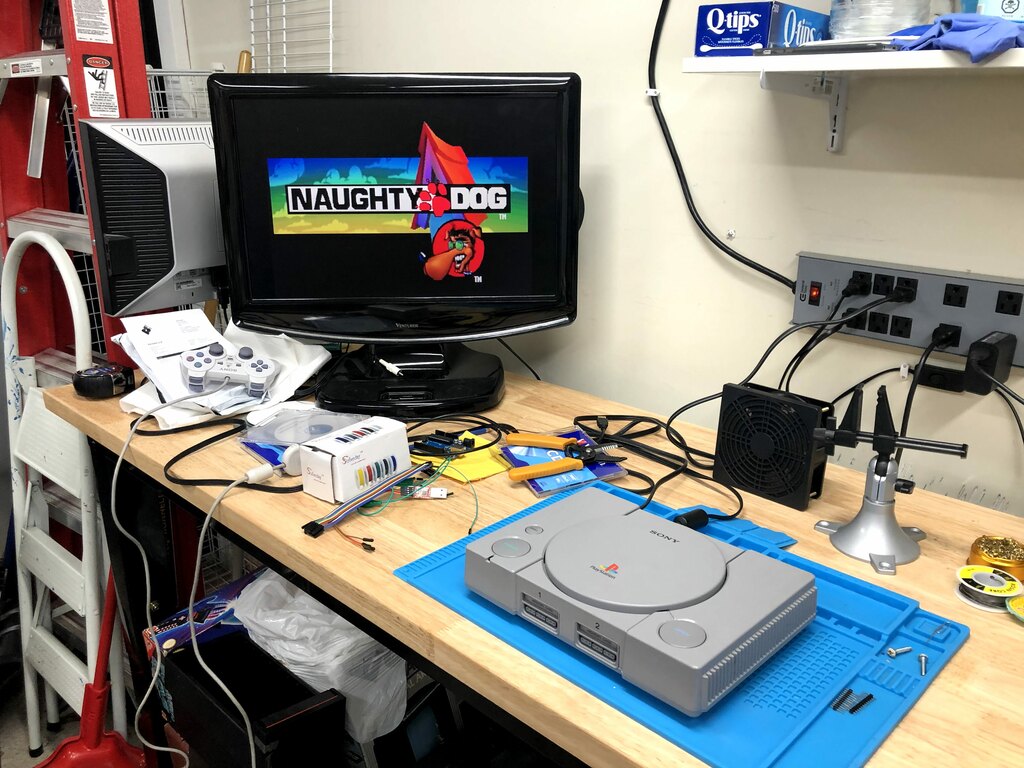 This was a really fun project! The original PS1 isn’t too difficult to work with as compared to the much smaller PS One. It has been a year and half since I did this mod, and it still works perfectly! It’s also very inexpensive: apart from $20 I paid for the console itself, I paid a total of about $6 for the Pro Mini and the FT232RL driver.